Halloween is a fun holiday, and it doesn’t get the attention it deserves. It doesn’t have recognizable songs or vacation days associated with it, and it falls on a busy time of year for most people in the workforce.

But that doesn’t mean you should skip the festivities at your office Halloween celebration. How many days of the year are you encouraged to dress up and goof around at work? Probably zero.

We want you to have fun this Halloween, so we’re taking the work out if it for you. We’ve compiled a list of DIY Halloween costume ideas that are easy to put together, inexpensive, and work appropriate. As a bonus, many are marketing and technology-themed, so even if your family and friends don’t get your costume, your colleagues definitely will.

This was HubSpot Director of Offsite Content Corey Wainwright‘s office Halloween costume a couple of years ago. It’s great because you don’t even look dressed up if you have a casual office dress code, so you can just blend in.

All you need is to dress in 90s alternative garb — she went with black jeans, combat boots, and a flannel — and tape a piece of paper to yourself that says something like img2017.jpg. Or if you want to follow best practice for good alt text, you can put something more descriptive, like “alt_text.” Your choice, you SEO rebel, you.

Speaking of dorking out on SEO, you could be everyone’s favorite LinkedIn title — the SEO ninja. Dress in all black, put on a black ski mask (kinda creepy if you already have one, but we don’t judge here), and tape keywords all over yourself.

Wander around holding an appetizer — candy, cheese and crackers, chips and dip … whatever you have on hand. Boom. You’re a mobile “app.”

This costume also doubles as a great way to introduce yourself and make friends at a party. 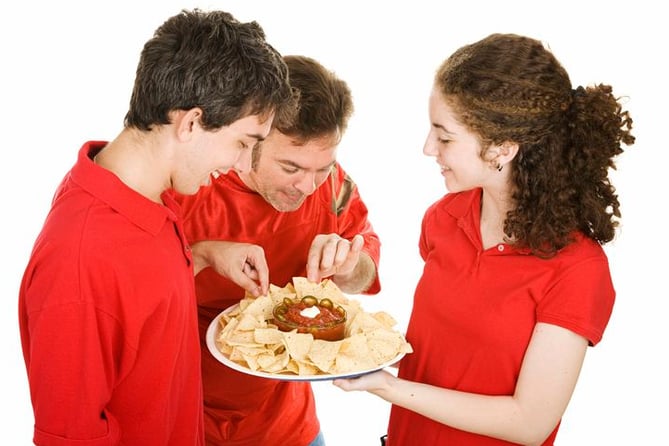 Another way to turn handing out food into a costume: Dress up like a hipster and hand out graham crackers.

Grab a white sheet and cut a hole for your head and arms. Dob some black ink spots on the sheet, get a book and one of those feather quills (or just get a feather, I suppose), and you’re a ghostwriter.

Dress in all white — add white face paint and a white wig if you’re ultra-committed. Then add a hint of color somewhere on the outfit, like a colored tie or scarf, or even a paint splotch. That color splotch will make the white space more prominent, transforming you into “whitespace.”

You’ve most likely encountered a funny error 404 page before, and you can make it a funny costume, too. Grab a sheet of paper, write “Error 404: Costume Not Found,” and tape it to your outfit.

If you’re into programming code, British comedy, and low-effort costumes, being (Monty) Python is perfect. Dress up in anything remotely snakelike in your closet: olive green clothing, snakeskin accessories, and fake vampire teeth that can serve as your fangs.

Then, to amp up the dork factor on this costume, add two coconuts or a gold chalice to embody Monty Python on his quest for the Holy Grail.

Grab face paint or eyeliner and write “book” across your cheeks. Just like that, you’re the world’s biggest social network for Halloween.

And for your sake, we hope your colleagues actually get it: 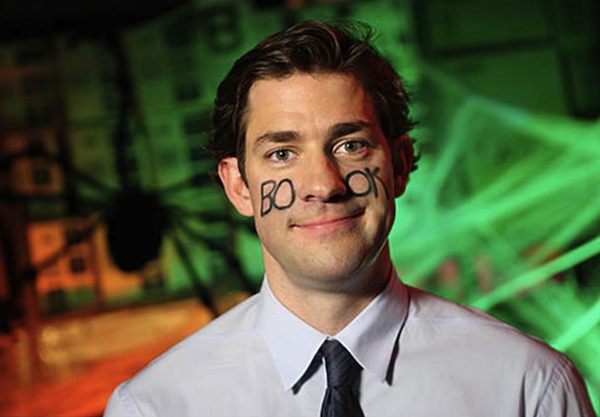 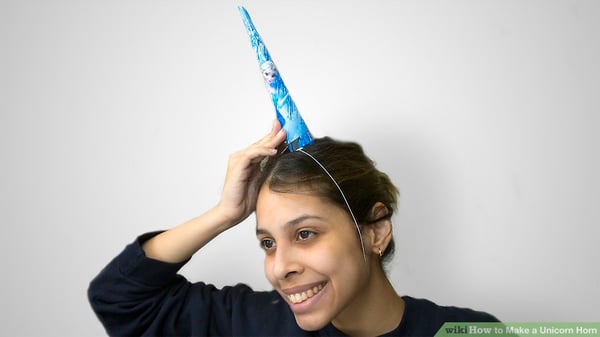 Phishing emails are nothing to joke about — they can seriously threaten your technology and data security. But on Halloween, you can dress up as a play on phishing emails for an easy DIY costume. All you need are a stick, a piece of string, and an envelope. Bonus points if you own a bucket hat and vest to complete the ensemble.

Here’s a technology spin on a classic Halloween costume. All you’ll need are cat ears, eyeliner-drawn whiskers, and a sheet of paper. Write “Control + C” on the paper, tape it to your outfit, and you’re a copycat. 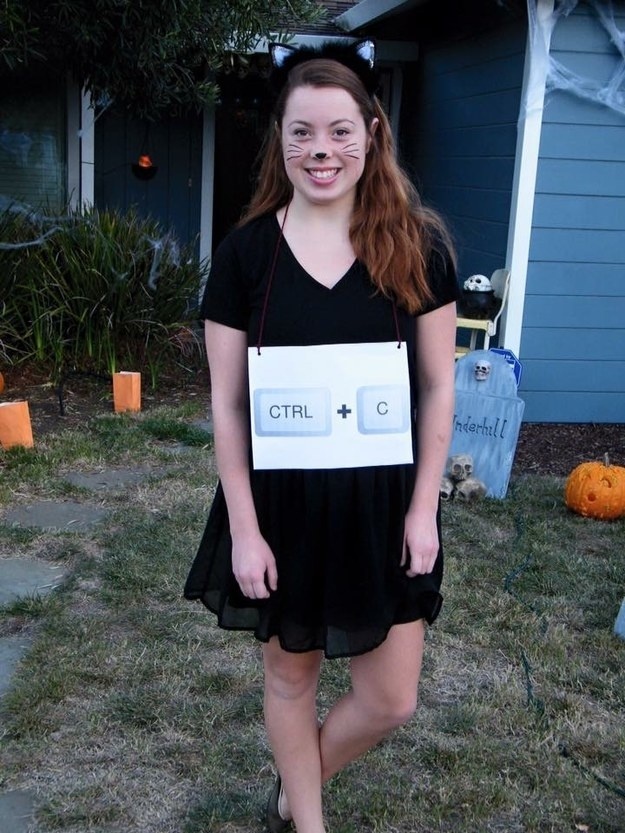 If you work in a company where people would get the joke, put on a bunch of vests (at least three, but even more is encouraged), and that’s about it. You’re fully vested.

What I love about the nerd costume is that it’s effortless and always unique — there are many ways to be a nerd in this day and age. Are you a tech nerd, a video game nerd, or a book nerd? The sky is the limit with this costume. Show up wearing glasses with your favorite accessories, such as a magic wand, book, or lightsaber, to complete the effect.

This summer, the solar eclipse took over the internet — and the country. As millions of people flocked to the path of totality to (hopefully) catch a glimpse of this rare event without burning their corneas, millions more made jokes about it on social media.

For this costume, you’ll need a work pal to dress up as the sun and the moon with you. One of you wears black, the other wears yellow, and you both wear dark sunglasses. Then, at the Halloween party, the one dressed in black spends the whole time standing in front of the one in yellow. 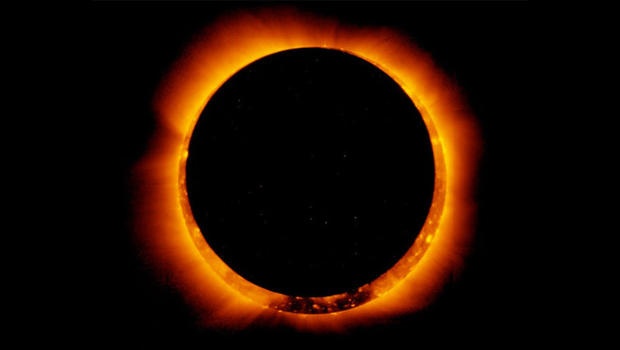 If you haven’t heard of this mega-popular meme this year, you’ve probably seen it somewhere: It features Kermit the Frog, face-to-face with his evil twin, Evil Kermit. Evil Kermit looks identical, except for the black cloak.

For this costume, you and a coworker can keep it simple: You both wear green shirts, and one of you wears a black hoodie or jacket on top. If you really want to commit to the costume, you’ll spring for some green face paint to complete the ensemble. Walk around the party together, facing one another, for maximum effect.

Eleven from Netflix’s hit series Stranger Things is universally beloved, and it’s a bonus that her signature look is a comfortable and easy-to-assemble costume. Rock your best Eleven with a dress, a denim jacket, and a box of Eggo Waffles. 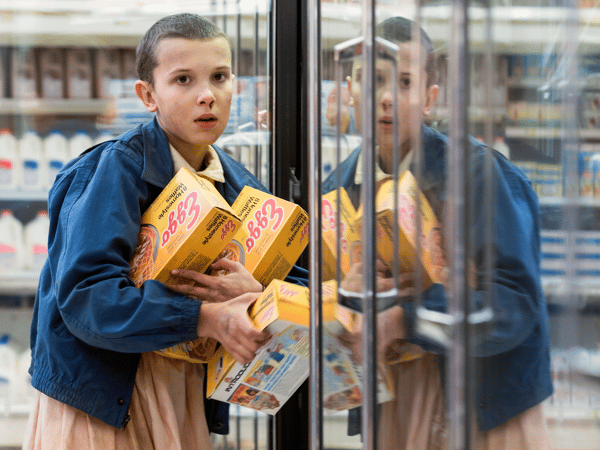 Pokémon GO had roughly 45 million people walking around in cities glued to their phones last summer (and I was among them). To pay homage to the explosion of this tech trend, you’ll need a t-shirt that’s red, yellow, or blue. Using fabric paint or permanent marker, write Valor (for red), Instinct (for yellow), or Mystic (for blue) on your shirt. Spend Halloween walking around pointing your phone at objects, and you’re the spitting image of a Pokémon GO trainer.

Find a couple of office buddies for this one — one panda, one penguin, and one pigeon. You might be thinking, “what the heck is the pigeon algorithm update?” 1) It’s a thing, and 2) we checked Amazon for hummingbird costumes and there aren’t any cheap ones available.

This is another SEO-related costume, and I think you can figure this one out on your own. I recommend wearing a black hat for one, and a white hat for the other, and having “SEO” embroidered on each one — which you can easily custom order.

If you’re the owner of one of the nearly more than 1 billion Apple iPhones sold worldwide, you’re probably familiar with the dancing girls emoji: 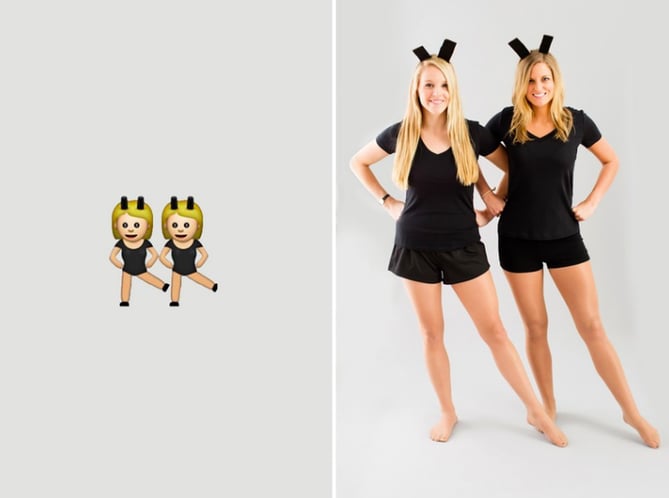 The easiest version of this costume is to find a buddy and dress all in black together. If you’re committed to emoji authenticity, buy black bunny ears to complete the look.

22) Series A Round of Funding

Get a bunch of people together, write the letter “A” on your shirt, and line up. (You could do subsequent funding rounds using the same principle, too.)

There are numerous options that you and your team can choose from to embody this costume. You could dress up as vomiting rainbows, cat and dog ears, a flower crown, or a face swap, and this could be as DIY or store-bought as you’re interested in pursuing. For example, here’s some inspiration for a couple of the dog filters:

Put a marketing spin on a classic Halloween costume by arriving as a Snapchat ghost. You’ll all need a white sheet and to pick which ghost you like the most. 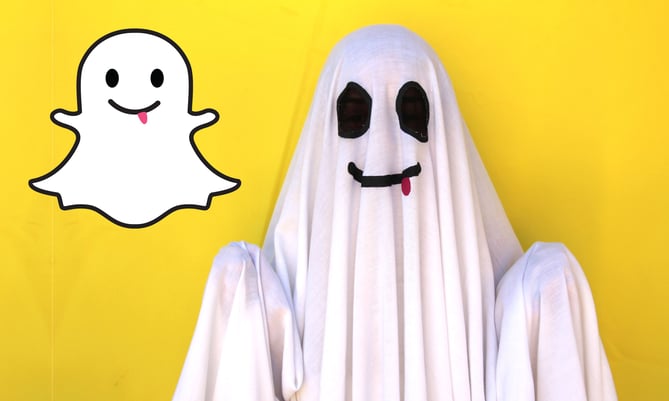 For this group costume, you’ll need white t-shirts and fabric markers. Draw an Instagram photo frame on the front of your shirts, and each team member can write a different Instagram filter‘s name inside the photo frame. Or, create frame props with different filters on them like the group did below: 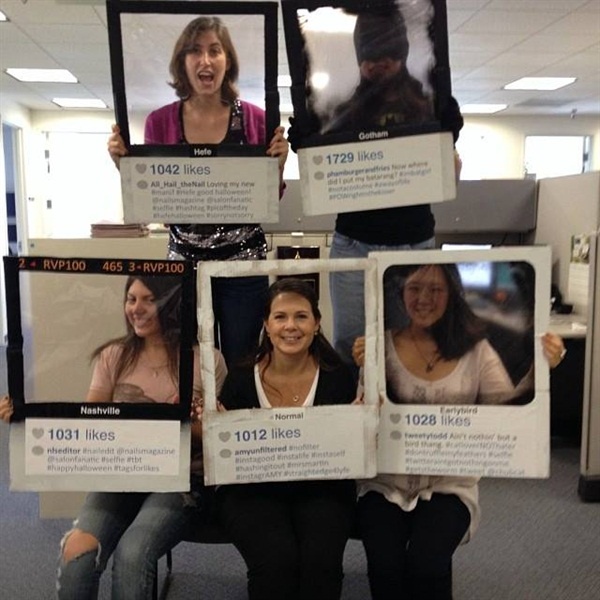 Setting Up a Small Business Network – A Step-by-Step Guide

Bad for Business: How KYC/AML Makes Everyone a ‘Terrorist’