Who else loved baking brownies when they were a kid? My favorite part was drizzling the chocolate syrup on top as a finishing touch.

As it turns out, one of my beloved childhood memories was a product of co-branding: Betty Crocker partnered with Hershey’s to include chocolate syrup in its signature brownie recipe.

There’s something brilliant about that co-branded product: It’s a fun way to marry two classic brands into one delicious experience for fans of baking and chocolate alike. In fact, these brands still create new co-branded products to this day.

Co-branding is a strategic marketing and advertising partnership between two brands wherein the success of one brand brings success to its partner brand, too. Co-branding can be an effective way to build business, boost awareness, and break into new markets, and for a partnership to truly work, it has to be a win-win for all players in the game. Both audiences need to find value — like chocolate-loving fans of Betty Crocker and Hershey’s.

To make the partnership work, GoPro equips athletes and adventurers from around the world with the tools and funding to capture things like races, stunts, and action sport events on video — from the athlete’s perspective. At the same time, Red Bull uses its experience and reputation to run and sponsor these events.

“GoPro camera technology is allowing us to complement the programming by delivering new athlete perspectives that have never been seen before,” said Sean Eggert, Red Bull’s director of sports marketing. The collaboration allows exclusive GoPro content to enhance both companies’ growth.

While GoPro and Red Bull have collaborated on many events and projects together, perhaps the biggest collaboration stunt they’ve done was “Stratos,” in which Felix Baumgartner jumped from a space pod more than 24 miles above Earth’s surface with a GoPro strapped to his person. Not only did Baumgartner set three world records that day, but he also embodied the value of reimagining human potential that define both GoPro and Red Bull.

One of the biggest benefits of co-branding campaigns is the opportunity to expose your product or service to a brand new audience. That’s exactly what home furnishing store Pottery Barn and paint company Sherwin-Williams did when they partnered together back in 2013.

Together, the two brands created an exclusive product line of paints, and then added a new section of Pottery Barn’s website that helped customers easily select paint colors to complement their furniture choices. 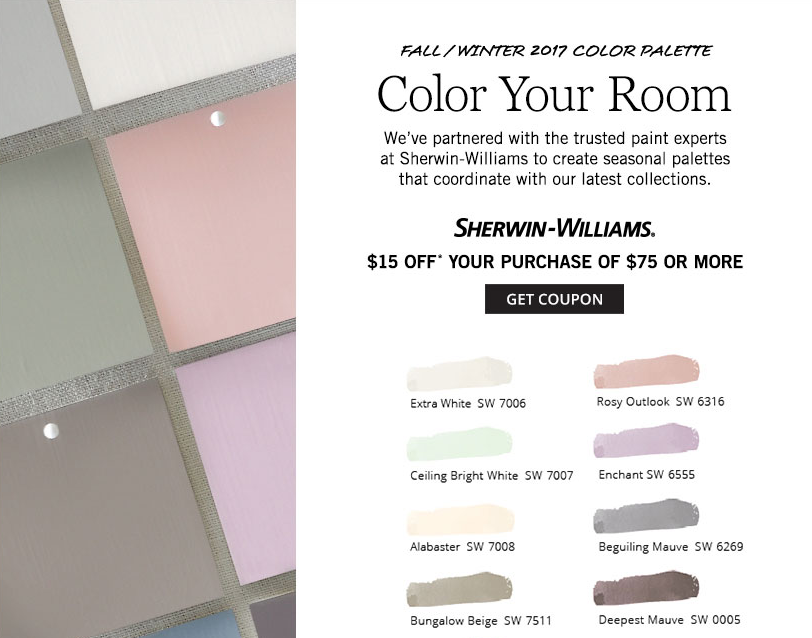 You may have already heard of Casper — it’s an online mattress and bedding brand that sells mattresses in a box.

Casper mattress unboxing videos like this one have become a hit on YouTube, but despite the brand’s 100-day return policy, some shoppers might still be hesitant to buy a mattress without getting the chance to roll around in it first.

Enter West Elm, a high-end furniture company. Casper and West Elm partnered so shoppers could try out the comfy mattress before purchasing — and so West Elm could advertise its chic bedroom furniture. 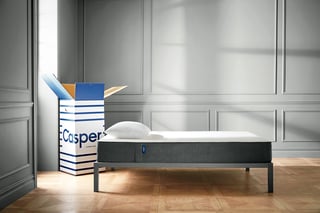 This is another example of a mutually beneficial co-branding partnership. It helps both brands appeal to a broader group of shoppers — after all, Casper doesn’t sell furniture, and West Elm doesn’t sell mattresses. It also provides shoppers with options — to try a mattress before buying, or to feel what it would be like sleeping in a bed frame.

If you’re thinking the connection between lip balm and Dr. Pepper is a little thin, consider the copy on one of their vintage ads: “It’s the super shiny lip gloss with lip-smacking flavor… just like the world’s most original soft drink.” And later, “From Bonne Belle of course: the cosmetics company that understands your taste.” 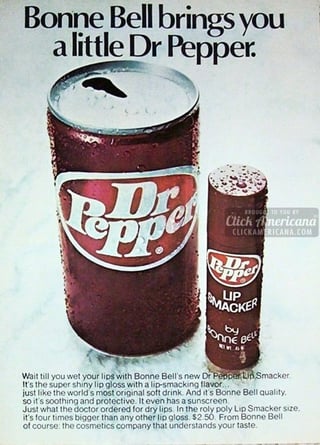 Car manufacturer BMW and designer Louis Vuitton may not be the most obvious of pairings. But if you think about it, they have a few important things in common. If you focus on Louis Vuitton’s signature luggage lines, they’re both in the business of travel. They both value luxury. And finally, they’re both well-known, traditional brands that are known for high-quality craftsmanship.

These shared values are exactly why this co-branding campaign makes so much sense. In their partnership, BMW created a sports car model called the BMW i8, while Louis Vuitton designed an exclusive, four-piece set of suitcases and bags that fit perfectly into the car’s rear parcel shelf. 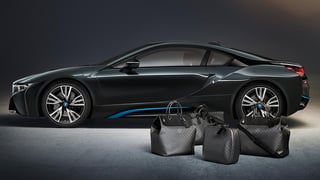 Although the four-piece luggage set goes for a whopping $20,000, the price is right for the target customer, as the BMW i8 starts at $135,700. A price like that kind of makes that luggage set seem like a drop in the bucket.

Not only does the luggage fit perfectly size-wise, but its design and appearance fit perfectly with BMW’s image: sleek, masculine, and high-quality. Turns out both the luggage and some parts of the car’s interior use carbon fiber, strong-yet-light composite material.

“This collaboration with BMW i epitomises our shared values of creativity, technological innovation and style,” said Patrick-Louis Vuitton, head of special orders at Louis Vuitton. “Our craftsmen have enjoyed the challenge of this very special project, using their ingenuity and attention to detail to create a truly made to measure set of luxury luggage. This is a pure expression of the art of travel.”

6) Uber & Spotify: Soundtrack for Your Ride

Music-streaming app Spotify partnered with ride-hailing app Uber to create “a soundtrack for your ride.” This is a great example of a co-branding partnership between two very different products with very similar goals — to earn more users.

Here’s how it works: When riders are waiting for an Uber ride, they’re prompted to connect with Spotify and become the DJ of their trip. Users can choose from their own playlists to determine what they’ll listen to. 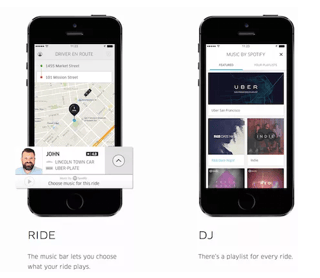 This smart co-branding partnership helps fans of Uber and Spotify alike enjoy better experiences thanks to the app. And they might be more interested in picking Uber and Spotify over competitors knowing they can enjoy their next ride listening to their favorite tunes.

Some co-branding campaigns are more complicated than others. This example from BuzzFeed and Best Friends Animal Society is one of the simplest ones out there — and it goes to show a great co-branding effort doesn’t have to take months of planning or millions of dollars.

For this campaign, the folks at Best Friends Animal Society wanted to leverage BuzzFeed’s readership of over 200 million people. To do this, they partnered with the folks at BuzzFeed to set up and publish an article called, “We Interviewed Emma Watson While She Played With Kittens And It Was Absolutely Adorable,” which you can read here. The article is exactly what it sounds like: Harry Potter and Beauty and the Beast star Emma Watson answered fans’ questions while she played with cute kittens.

The article ends with a CTA advertising that the kittens featured in the video are, in fact, adoptable — a win-win for both partners.

But that discrepancy in pricing is exactly why the two brands decided to partner with one another. To support their brand positioning as trendy and fashionable, H&M has traditionally paired with high-end fashion brands to offer exclusive branded items for a limited time.

In exchange, those high-end brands — like Alexander Wang — can expose their brand name to “a new generation of potential consumers, who will increasingly aspire to owning more pieces from his high end collection,” writes Michelle Greenwald for Forbes.

9) CoverGirl & Lucasfilm: Light Side and Dark Side Makeup

Whenever a new installment of the beloved “Star Wars” series is released in theaters, it causes global pandemonium, and the release of “Star Wars: Episode VII The Force Awakens” in 2015 was no exception. The series’ parent company, Lucasfilm, partnered with CoverGirl to capture a broader audience to get fans new and old excited about the movie’s release.

You might be wondering, “What do “Star Wars” and makeup have in common?” And the cleverness of this partnership is evident in the answer.

In the past, the space-age action movies were almost exclusively advertised and targeted toward men and boys. But in this day and age, that’s nonsense — because people of all genders can be interested in space exploration and makeup contouring alike.

The line was designed by famed makeup artist Pat McGrath, and it features two styles: the Light Side and the Dark Side, which loyal “Star Wars” fans will recognize as the sides of good and evil in the movies.

In a galaxy far, far away @COVERGIRL+@StarWars have partnered on beauty looks created by @patmcgrathreal and limited-edition makeup inspired by #StarWars #TheForceAwakens. It’s a #beautyforce like never before, channeling the duality that is within us all. #LightSide, #DarkSide—which will you unleash today? #droid #stormtrooper

This co-branding partnership was a win for both brand. Lucasfilm captured more attention and got CoverGirl shoppers (many of whom are young women) excited about the film’s release. And CoverGirl hopped on the “Star Wars” advertising bandwagon that took over the internet, stores, and TV leading up to the film’s release.

Athletic brand Nike and technology giant Apple have been working together since the early 2000s, when the first line of iPods was released.

The co-branding partnership started as a way to bring music from Apple to Nike customers’ workouts using the power of technology: Nike+iPod created fitness trackers and sneakers and clothing that tracked activity while connecting people to their tunes. 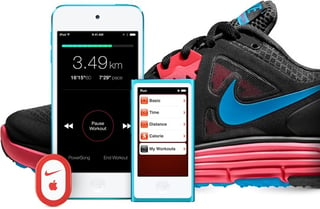 The partnership has since evolved to become Nike+ — which uses activity tracking technology built into athletic clothing and gear to sync with Apple iPhone apps to track and record workout data. Tracking transmitters can be built into shoes, armbands, and even basketballs to measure time, distance, heart rate, and calories burned.

It’s a genius co-branding move that helps both parties provide a better experience to customers — and with the popularity of fitness tracking technology, Nike+ is ahead of the curve by making it easy for athletes to track while they play.

Editor’s Note: This post was originally published in March 2016 and has been updated for accuracy and comprehensiveness.

Subdomain or Subdirectory? What They Are & How They Affect SEO